LIFE is the EU program dedicated to the environment. Its overall objective is to contribute to the implementation, updating and development of environmental policy and legislation of the European Union through the co-financing of projects of European relevance.

LIFE was launched in 1992 as an expression of the public awareness of the need to protect the environment. The Chernobyl disaster, the ozone hole, global warming gave a decisive boost to the implementation of a European policy and institutions dedicated to environmental protection.

Each year the European Commission, which manages the LIFE program, publishes a call for proposals and, based on criteria that take into account the multi-annual strategic program and national priorities, selects and publishes the list of projects that can benefit from the LIFE financial support. 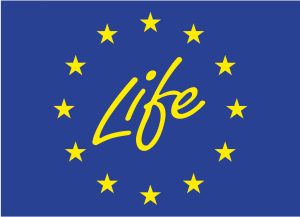 Natura 2000 is the main instrument of the European Union’s policy for the conservation of biodiversity consisting of a European ecological network of protected areas established in accordance with the “Habitat” Directive 92/43/EEC to ensure the long-term maintenance of natural habitats and species of flora and fauna threatened or rare at Community level.

It includes Special Areas of Conservation (SAC) established by the Member States as required by the Habitats Directive, and Special Protection Areas (SPAs) established under the “Birds” Directive 79/409 / EEC. These areas are “special” because here are well preserved habitats and animal species and important plants for the conservation of biodiversity in Europe.

The areas that make up the Natura 2000 network are not strictly protected reserves where human activities are excluded; the Habitats Directive aims to ensure the protection of nature taking into “account of economic, social and cultural requirements and regional and local characteristics” (Art. 2). Private entities may be owners of Natura 2000 sites, ensuring sustainable management both ecologically and economically.

The Directive recognizes the value of all those areas where the presence of man and its traditional activities has allowed the maintenance of a balance between human activities and nature. Agricultural areas, for example, are linked to numerous now rare and endangered animals and plants species whose survival is necessary for the continuation and enhancement of traditional activities, such as grazing or non-intensive agriculture. The Directive also specifies the objective of maintaining not only natural but also the semi-natural habitats (such as areas with traditional agriculture, woods, pastures, etc.).

Another innovative element is the recognition of the importance of certain landscape elements which play a role of connection for wild flora and fauna (art. 10). Member States are encouraged to maintain or develop such necessary elements to improve the ecological coherence of the Natura 2000 network.

Among all European countries Italy has the richest biodiversity, i.e. the highest number of species. In this country there are about half of the plant species and about a third of all species currently present in Europe. In Italy, the SCIs and SPAs together cover about 21% of the national territory. 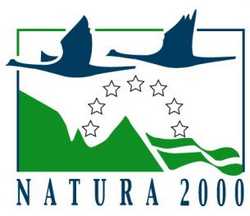 The Natura 2000 Network in Lombardy

The Natura 2000 network in Lombardy protects a wide variety of different environments and territories: in the Alpine biogeographical region, glaciers and snowy environments, scattered boulders and alpine bogs, typical mountain forests with larches and Pinus cembra or beech forests and also natural and semi-natural meadows which are maintained thanks to the work of man.

In the plains, in the Continental biogeographical region, the most representative habitats that make up the Natura 2000 network are the oak-hornbeam forests, remnant of the old Po forests, moors, riparian forests of great rivers, and what remains of the vast wetlands, but also some areas particularly important for agricultural biodiversity, such as rice paddies.

57 habitats of Community interest, among which 16 are defined as “priority” habitats, i.e. the places at risk of disappearing at the continental level.

71 species of Community interest listed in the Habitats Directive Annex II of which 50 animal species, including mammals, fish, amphibians, reptiles, and invertebrates and 21 species of plants.

87 species of birds included in Annex I of the Birds Directive.

To be effective the Natura 2000 Network should not be a system of high naturalness jeopardized areas, but plant and animal species should be able to move from site to site, thus ensuring the ecological connections between the most important areas for biodiversity. For this purpose, in 2009 Lombardy has identified a Regional Ecological Network.

In Ticino Park 14 SAC and 1 SPA have been established in 2003. The SPA “Boschi del Ticino” covers all the riparian forests recognized as Natural Park by Lombardy Region, for about 23.300 hectares (25% of the protected area).

Since in 2003 the Lombardia Region has identified the Ticino Park as Management Body of the sites located in its territory, the body worked to guarantee an adequate safeguard level through the right implementation of effective assessment, the arrangement of Management Plan and the continuation of update and in-depth studies on biodiversity knowledge and conservation of habitats, but it also has promoted numerous project finalized to requalification and conservation of habitats and species with community interest, one of the most important in terms of invested resources and importance of interventions, is certainly the LIFE TICINO BIOSOURCE.